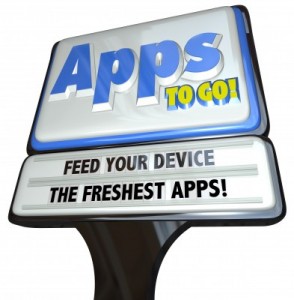 This is the third in a multi-part series.  If you have not read Part 1 or Part 2 yet, you may want to read those parts of the Apple App Store trademark saga first.

After clearing out pending trademark applications and making a convincing argument at the trademark office, Apple’s App Store mark published for opposition on January 5, 2010.  After taking an extension to oppose Apple’s application, on July 6, 2010 Microsoft formally filed its opposition papers with the Trademark Trial and Appeal Board (TTAB).

the combination of the generic term “app” with the generic term “store” is nothing more than the sum of its parts and is not capable of identifying and distinguishing a single source. An “app store” is plainly a store that sells apps.

The opposition identifies several retailers using the name as well as examples from the press using the term app store as a generic term for an online retailer of mobile phone applications.

In Apple’s answer, it argues that other retailers using the term app store are simply trying to trade off of Apple’s goodwill and that use of the term app store by the press is primarily a reference to Apple’s extraordinarily well-known App Store mark.

On January 10, 2011, Microsoft filed a motion for summary judgment in the TTAB proceeding asking the board to reject Apple’s trademark registration.  Microsoft argues,

Apple was an early and successful entrant into the app store marketplace. Competitors are rushing to develop smartphone products to compete with Apple’s iPhone, and with those products to offer their own app stores. Any secondary meaning or fame Apple has in “App Store” is de facto secondary meaning that cannot convert the generic term “app store” into a protectable trademark. Apple cannot block competitors from using a generic name. “App store” is generic and therefore in the public domain and free for all competitors to use.

“In addition to Google’s own app marketplace, Amazon, Verizon and Vodafone have all announced that they are creating their own app stores for Android. There will be at least four app stores on Android which customers must search through to find the app they want and developers will need to work to distribute their apps and get paid.” — Steve Jobs

Ouch.  That’s pretty strong evidence.  (As a trademark attorney who tries to coach clients on proper use of their trademarks, this happens all the time.)

In Apple’s opposition to Microsoft’s summary judgment motion, Apple attacks Microsoft’s evidence as “out-of-context and misleading snippets of material” and argues that Microsoft has not met its burden to prove that that a majority of the relevant public understand the term “app store” in a generic sense.

In response to Steve Job’s generic use of the term app store, Apple argues that barley anyone even head that,

Microsoft fails to provide any evidence as to whether such statements, which in fact were made during an earnings call to the investment community, were even heard by any sizeable number of consumers of mobile applications. Given the limited audience for such earnings statements, the most reasonable inference is that they could not possibly have had any meaningful impact on consumer perception of the term APP STORE.

Not really the best comeback, but it goes along with Apple’s general theme in the brief that Microsoft has not put forth sufficient evidence to make its case.

As counter-evidence, Apple puts forth a declaration from its expert, Dr. Robert A. Leonard, Chair of the Linguistics department at Hofstra University.  Dr. Leonard looked for instances of “app store” from various written sources including Google and concluded that more often then not, the source using “app store” was talking about Apple’s app store.  This is hardly surprising as Apple has the biggest and best known app store.  Dr. Leonard does not discuss whether these references to Apple used the term as a proper noun or in a generic sense.  Dr. Leonard also does not answer the ultimate question, i.e. do most people understand the term “app store” as a generic term or as a source identifier for Apple’s app store?

On March 29, 2011, Microsoft filed its reply brief, Microsoft argues that when people talk about stores selling applications for mobile phones, they call them “app stores.”

Apple strains to keep “App Store” for its exclusive use, even claiming that its online stores are not real stores, only metaphorical ones. But Apple cannot escape the hard truth: when people talk about competitors’ stores, they call them “app stores.” You don’t have to look far to find this generic use – The Washington Post, The New York Times, The Wall Street Journal and even Apple’s CEO Steve Jobs. And generic use of “app store” is not obscure or occasional as Apple would have us believe. It is prominent, ongoing and, by Apple’s own measure, hundreds of times more frequent than the thin generic use in the cases upon which Apple relies.

Microsoft further argues that all Apple’s opposition brief shows is that Apple gets lot’s of press, including press about its app store.

[T]allying press articles to show that the majority are about Apple’s App Stores, as Dr. Leonard did, is not probative. (Butters Decl. ¶¶ 4, 25). It shows that Apple is successful and newsworthy, but little else. For example, Dr. Leonard found over 335 articles in one month (39% of the total articles discussing Apple) about the new Mac App Store. (Durrance II Decl. ¶ 4(b)). A search of the same Lexis database for articles in the last month found 333 articles about the new Amazon Appstore, even though the Amazon Appstore is only a week old.

The Trademark Trial and Appeal Board is now considering Microsoft’s motion.  A decision is likely within the next sixty days.  Even if Microsoft is successful at the trademark office, an appeal to a United States District Court or to the Federal Circuit Court of Appeals by Apple is likely.

Next up in this series:  Part 4, Apple vs. Amazon