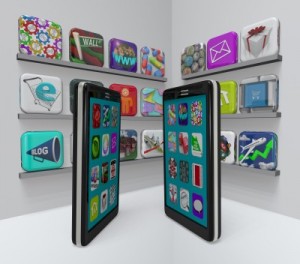 This is the fourth in a multi-part series.  If you have not read Part 1,  Part 2 or Part 3 yet, you may want to read those parts of the Apple App Store trademark saga first.

On March 18, 2011 Apple filed a trademark lawsuit against Amazon.  Amazon had recently released the “Amazon Appstore for Android” which Apple believes is an infringing use of Apple’s claimed exclusive right to use the term APP STORE.  The lawsuit was subsequently amended on April 8, 2011 and Apple’s Amended App Store complaint will be the one that Amazon responds to.  The lawsuit contains the most common trademark claims for relief including both federal and state law trademark infringement, dilution, and state law unfair competition. The case essentially boils down to one allegation in the complaint, namely, is App Store recognized as the source identifier for Apple’s app store and no other.  Apple alleges,

The general consuming public of the United States widely recognizes the APP STORE mark as designating Apple as the source of services and/or goods.

While that statement may have been true during the summer of 2008 when Apple’s app store was first launched, three years later every mobile device has its own app store in one form or another.  Certainly owners of popular Android phones (who as of January 2011 outnumber iPhone users) would not immediately associate “app store” with Apple.  Similar to Apple’s arguments against Microsoft’s trademark opposition, Apple argues in its complaint that it “coined the term APP STORE.” As we saw in, Part 1 of Trademark Wars: Better Know an App Store, however, to say that Apple coined the term “app store” is quite a stretch to say the least.  Apple also argues in the amended complaint that it popularized the use of the term app store, which is certainly true.  Apple states,

When it launched, the APP STORE service represented a revolutionary kind of online software service and was an instant commercial and critical success. As a columnist for The New York Times remarked soon after the launch of the service, “[n]othing like the App Store has ever been attempted before.” Apple coined the term APP STORE as a means of branding its new service. The term APP STORE was not in general use in connection with the distribution of software programs prior to Apple’s adoption of the term as a trademark.

Apple goes on to argue that the “Amazon Appstore” would confuse consumers into believing that the store was sponsored or approved by Apple.  Apple states,

Really? Someone seeing the Amazon Appstore would think it was from Apple?  Perhaps if they though Amazon and Apple were the same company that might be the case.  While it is conceivable that Apple could dig up a paid expert to make such a finding, I would not envy having to write that expert report.

One final note– Apple requested a jury trial in this case.  This move is very interesting since Apple’s strongest arguments seem to be a ridged application of trademark law rather than actual evidence of any consumer confusion (which a jury could relate to).

This should be an interesting case which we will be following closely.  Next up– Amazon will be answering the complaint or filing a motion to dismiss on or before April 25, 2011.