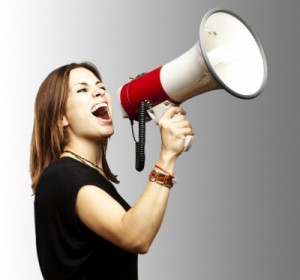 As blogged about previously here, a motivational services business Own Your Power Communications owed by Simone Kelly-Brown sued Oprah Winfrey and several of her companies for producing numerous publications, events, and online content using the phrase “Own Your Power.”

The District Court held that Oprah’s use of “Own Your Power” was fair use and dismissed the case.  The Plaintiffs appealed to the United States Court of Appeals for the Second Circuit.  The Second Circuit, reversed, finding no “fair use” on the part of Oprah and her companies.

The Appeals Court first set out the proper test for fair use in the Second Circuit,

In order to make a successful fair use defense to a trademark infringement claim, the defendant must prove three elements: that the use was made (1) other than as a mark, (2) in a descriptive sense, and (3) in good faith. See 15 U.S.C. § 1115(b)(4); EMI Catalogue P’ship, 228 F.3d at 64. Because fair use is an affirmative defense, it often requires consideration of facts outside of the complaint and thus is inappropriate to resolve on a motion to dismiss. Affirmative defenses may be adjudicated at this stage in the litigation, however, w 1 here the facts necessary to establish the defense are evident on the face of the complaint. McKenna v. Wright, 386 F.3d 432, 436 (2d Cir. 2004). Plaintiffs, in rebutting defendants’ arguments, are held only to the usual burden of a motion to dismiss, id., which is to say they must plead sufficient facts to plausibly suggest that they are entitled to relief, Iqbal, 556 U.S. at 678.

The Appeals Court held that in the Second Circuit, it is not required that Oprah have actually used Own Your Power as a trademark, rather all that is required is that Oprah used the phrase in commerce to attract attention (It is hard to imaging Oprah doing anything without attracting attention).

in determining whether the defendants were using the words “Own Your Power” as a mark, we ask whether they were using the term “as a symbol to attract public attention.” JA Apparel, 568 F.3d at 400 (internal quotation marks omitted).

The Appeals Court held that this standard was met by Oprah using the phrase on the cover of her magazine, at an “Own Your Power” event, in promotions advertising the event, and in an online video.

As for the second factor, whether the phrase “Own Your Power” was used descriptively, the Appeals Court also found against Oprah.

At the outset, it should be noted that the phrase “Own Your Power” differs from the sort of phrase which courts usually find to be used descriptively. Courts more readily find a phrase descriptive when it is in common usage. … Defendants have not argued that the phrase “Own Your Power” was in popular usage.
. . .
here the phrase “Own Your Power” does not describe the contents of the Magazine. The words are prominently displayed in the center of the Magazine with the subtitles “How to  Tap Into Your Strength”; “Focus Your Energy”; and “Let Your Best Self Shine” in smaller type  below. Along the edges of the magazine are specific headlines for articles, including “THE 2010  O POWER LIST! 20 Women Who Are Rocking the World.” Although both the center phrase  and the article headline make use of the word “power,” it does not appear that the phrase “Own  Your Power” is meant to describe the contents of a particular item in the Magazine. For  example, the “Power List” inside the Magazine contains a list of admirable people, accompanied  by biographical information about each. But the list does not provide specific advice regarding how a reader can follow in the footsteps of any of these individuals, nor does it provide advice regarding how a reader can become more powerful in general.

Regarding the final factor, good faith, the Appeals Court again found against Oprah.

Kelly-Brown argues that she has pleaded facts sufficient to plausibly suggest that the defendants had knowledge of her mark and chose to go forward with the “Own Your Power” campaign anyway. Indeed, she alleges that prior to the rollout of Oprah’s new Oprah Winfrey Network, to be known as “OWN,” the defendants bought the rights to use the acronym “OWN” from a woman who had previously registered it as an acronym for the “Onyx Woman Network.” Kelly-Brown argues that this transaction plausibly suggests that the defendants conducted a trademark registration search for the 1 word “Own,” and that such a search would have turned up her then-pending service mark in the phrase “Own Your Power.” We agree that these allegations do plausibly suggest that the defendants had knowledge of Kelly-Brown’s mark, liked it, and decided to use it as their own. In other words, defendants’ allegations that they did not intend to trade on Kelly-Brown’s good will, even if true, do not preclude a finding of bad faith. See Cadbury Beverages, Inc. v. Cott Corp., 73 F.3d 474, 483 (2d Cir. 1996) (declining to decide good faith as a matter of law where defendant used a mark, which happened to be the name of defendant’s parent company, knowing it was identical to plaintiff’s registered mark); see also Kiki Undies Corp. v. Promenade Hosiery Mills, Inc., 411 F.2d 1097, 1101 (2d Cir. 1969) (explaining that defendant has the burden of persuasion in such circumstances).

So Oprah’s use of the phrase Own Your Power was not a clear-cut case of fair use — far from it.  And the Second Circuit vacated the District Court’s order and remanded the case back to the trial court.  The case will now proceed through discovery and to trial unless the matter is resolved.