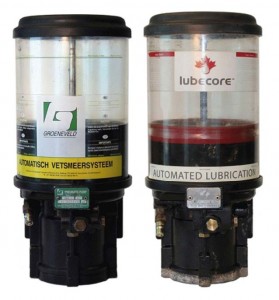 Groeneveld sued Lubecore arguing that Lubecore was selling a grease pump that was “virtually identical” to its own pump.  According to Groeneveld, Lubecore was attempting “to confuse consumers into believing that the two pumps were made by the same company, thus freeriding on Groeneveld’s established goodwill by passing off Lubecore pumps as Groeneveld pumps.” Groeneveld alleged that Lubecore was its only competitor which sold a nearly identical looking pump.

The case proceed to trial where the district judge dismissed as a matter of law Counts 2-6, but allowed the jury to consider Count 1, the trade dress claim.  The jury found in favor of Groeneveld on that claim and awarded Groeneveld more than $1 million in damages.  Lubecore appealed to the Court of Appeals for the Sixth Circuit.

To prevail on a claim for the infringement of a product-design trade dress, a plaintiff must prove that its allegedly infringed product design (1) is nonfunctional, (2) has acquired secondary meaning, and (3) is confusingly similar to the allegedly infringing product design. Gen. Motors Corp. v. Lanard Toys, Inc., 468 F.3d 405, 414 (6th Cir. 2006); accord Samara Bros., 529 U.S. at 211. The meaning of these three elements is fleshed out in the caselaw.

A product design is functional “if it is essential to the use or purpose of the article or if it affects the cost or quality of the article.” Inwood Labs., Inc. v. Ives Labs., Inc., 456 U.S. 844, 850 n.10 (1982).
. . .
Secondary meaning, perhaps more helpfully dubbed “acquired meaning,” indicates that “in the minds of the public, the primary significance of a product feature or term is to identify the source of the product rather than the product itself.” Inwood Labs., 456 U.S. at 851 n.11; Samara Bros., 529 U.S. at 211, 211 n.*.
. . .
Finally, the test for confusing similarity, also called the “likelihood of confusion” test, is whether an ordinary consumer would confuse the products at issue, which in fact come from different sources, as emanating from a single source or from associated sources. See, e.g., Daddy’s Junky Music Stores, Inc. v. Big Daddy’s Family Music Ctr., 109 F.3d 275, 280 (6th Cir. 1997).
. . .
If the plaintiff fails to present sufficient evidence for a reasonable jury to find in its favor on any one of the three elements, then judgment as a matter of law should be entered for the defendant.

The Court of Appeals held that because both the individual components and the overall configuration of the pump were functional, Groeneveld failed the first prong of the test.

Because Groeneveld presented no evidence showing that the individual components of its grease pump or their overall configuration are nonfunctional, it failed to carry its burden of creating a triable issue of fact with respect to nonfunctionality. See Antioch Co. v. W. Trimming Corp., 347 F.3d 150, 158 (6th Cir. 2003) (“[I]n order to receive trade dress protection for the overall combination of functional features, those features must be configured in an arbitrary, fanciful, or distinctive way. . . . In other words, where individual functional components are combined in a nonarbitrary manner to perform an overall function, the producer cannot claim that the overall trade dress is nonfunctional.” (citing TrafFix Devices, Inc. v. Mktg. Displays, Inc., 532 U.S. 23, 34 (2001)); Leatherman Tool Grp., Inc. v. Cooper Indus., Inc., 199 F.3d 1009, 1013 (9th Cir. 1999) (reversing the jury’s finding of trade-dress infringement, granting judgment as a matter of law for the defendant, and holding that “where the whole is nothing other than the assemblage of functional parts, and where even the arrangement and combination of the parts is designed to result in superior performance, it is semantic trickery to say that there is still some sort of separate ‘overall appearance’ which is non-functional”).

The Court of Appeals also held that ordinary consumers would not likely confuse Groeneveld’s tradedress with Lubecore’s, in part because both products have their respective logos prominently displayed on the products.

One judge from the three judge Court of Appeal panel dissented finding that there was sufficient evidence for a reasonable jury to find in favor of  Groeneveld, and, in fact, a jury did find in its favor.

Looking at the pictures of the two pumps side-by-side, it is difficult to see what portion would be considered “non-functional.”  One aspect which may have influenced the jury in this case is that Lubecore is owned by a former employee of  Groeneveld who likely intentionally copied the design.  The dissent seemed particularly persuaded by the evidence of intentional copying.  However, “intentional copying” of functional aspects of a product is more often than not, simply competition, not trade dress infringement.  Under U.S. law, outside of patents, monopolies are not allowed on functional aspects of a product.