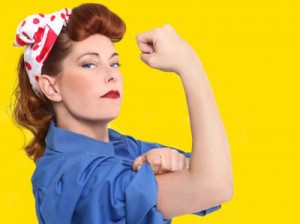 Kelly-Brown has had the mark Own Your Power registered in the United States since 2008 and claims a date of first use back to 2006.  In the complaint filed against Oprah and others, Kelly-Brown and her company Own Your Power Communications, Inc. accuses Oprah of the “brazenly unlawful disregard for the existence and use of [her] Company’s Trademark” as well as being at the helm of a “Partnership and Campaign to destroy [the] Company’s goodwill.”  Kelly-Brown further states that it was “unconscionable commercial practice, deception, fraud, false pretense, false promise, and misrepresentation” for Oprah to use the mark Own Your Power without her permission.

Months prior to filing the lawsuit, Kelly-Brown’s attorney, well-known intellectual property attorney Patricia Lawrence-Kolaras sent Oprah a detailed twelve (12) page letter setting out Kelly-Brown’s claims of trademark infringement.  According to the complaint, after receipt of this letter “On April 20, 2011 Harpo attorney David Fleming, Esq. of Brinks Hoffer Gilson & Lione acknowledged representation of members of the OYP Partnership and refused to direct his clients to halt the infringement of Kelly-Brown’s registered OYP Trademark.”  Translation: go pound sand.

WHO IS IN THE CASE AND WHO CAN GET OUT

Since the complaint was only recently filed, none of the defendants have responded.

According to the complaint, the basis for including Wells Fargo, Estee Lauder, Clinique and Chico’s is  an alleged “partnership” with those sponsors and Oprah’s company.  As evidence, attached to the complaint is an advertisement where these sponsors of the event are listed under the heading “IN PARTNERSHIP WITH.”

Needless to say, this evidence is a bit flimsy.  We will see shortly whether this evidence is enough to survive an anticipated motion to dismiss by these entities.  It is difficult to image that there is actually a “partnership” among Oprah Winfrey’s company and its advertisers and that this “partnership” collectively infringed Kelly-Brown’s trademark.

Oprah Winfrey should also be able to personally get out of the case.  To keep Oprah in the case Kelly-Brown will need to show that Oprah actively and knowingly participated in furtherance of the alleged trademark infringement.  Considering that most of the alleged infringement occurred prior to the notice letter sent by Kelly-Brown’s attorney, it is doubtful that Oprah even knew about Kelly-Brown’s alleged trademark rights until recently.  Moreover, it is unlikely Oprah was directly involved in what amounts to an event name and/or catch phrase.

As for Harpo Productions, Inc., Harpo, Inc., Hearst Corporation, Hearst Communications, Inc., at least one of these entities will be stuck in the case.  The other entities will likely be dismissed for being too far removed from any alleged trademark infringement.

BUT WHAT’S THE HARM?

While it appears that Kelly-Brown has legitimate trademark rights and that those trademark rights may have been infringed, her biggest hurdle will be proving damages.  In fact, it is possible that Kelly-Brown’s “Own Your Power” event which purportedly took place two days after Oprah’s “Own Your Power” event had an increased attendance from persons believing they were going to see Oprah’s event.  While that type of consumer confusion is possibly trademark infringement, Kelly-Brown did not exactly loose any money because of it.

The best argument for damages Kelly-Brown has is for money to cover “corrective advertising” so the public no longer associates “Own Your Power” with Oprah.  Based on the market reach of Oprah, an expert witness will certainly be able to come up with a sizable sum.

Stay tuned.  This one is just getting started.