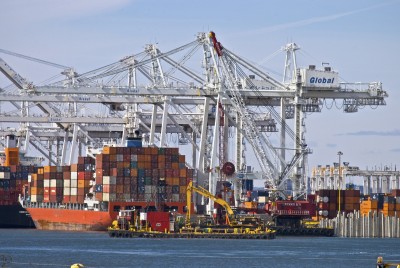 The United States Court of Appeals for the Federal Circuit in the case In Re Chamber of Commerce, 675 F.3d 1297, 102 U.S.P.Q.2d 1217 (Fed Cir. 2012) upheld a Trademark Trial and Appeal Board ruling rejecting as descriptive the mark NATIONAL CHAMBER filed in two applications:

Application Serial No. 77/147075: “Providing online directory information services featuring information regarding local and state Chambers of Commerce; providing information and news in the field of business, namely, information and news on current events and on economic, legislative, and regulatory developments as it relates to and can impact businesses; administration of a discount program enabling participants to obtain discounts on goods and services.”

The Chamber of Commerce of the United States of America (“COC”) filed the appeal arguing that the services in the applications were not descriptive.  The court of appeals disagreed.

The Chamber of Commerce could have overcome the descriptiveness rejection by showing “secondary meaning” or “acquired distinctiveness” but offered no evidence in that regard for the trademark office to consider.  On appeal, the COC was therefore limited to arguing that NATIONAL CHAMBER was not descriptive of the services provided by a national chamber of commerce.  The appeals court was not persuaded:

To decide this case, we need only find that NATIONAL CHAMBER immediately conveys information about one feature or characteristic of at least one of the designated services within each of COC’s applications. See Stereotaxis, 429 F.3d at 1041 (“[R]egistration should be refused if the mark is descriptive of any of the goods for which registration is sought.”) (quoting In re Richardson Ink Co., 511 F.2d 559, 561 (CCPA 1975)). Because we find that NATIONAL CHAMBER describes at least one designated service within each of COC’s applications, we affirm the descriptiveness refusals.

Lastly, we address COC’s contention that the TTAB’s reasoning was so conclusory as to preclude meaningful appellate review. We disagree with COC that the TTAB’s necessary findings were not “expressed with sufficient particularity to enable our court, without resort to speculation, to understand the reasoning of the Board, and to determine whether it applied the law correctly and whether the evidence supported the underlying and ultimate fact findings.” COC Br. at 15 (quoting Gechter v. Davidson, 116 F.3d 1454, 1457-58 (Fed. Cir. 1997)) (al-teration removed). The TTAB specifically cited COC’s own online chambers of commerce directory, and expressly found that the promotion of business interests is the core function of a chamber of commerce. While the TTAB’s decision would have been more helpful to us had it more explicitly tied its particular evidentiary findings to the individually recited services within the two applications, its reasoning in this case is sufficiently clear to permit us to understand why it believed that NATIONAL CHAMBER was descriptive of at least the two services discussed above.

And so the ruling of the TTAB was affirmed.

Oddly a review of the trademark records shows that the COC previously had a registration for NATIONAL CHAMBER which was granted in 1987.  For unknown reasons the trademark was not renewed at the ten (10) year mark in 1997.  If the COC had renewed the trademark and could have pointed to an existing registration this case may have gone differently.  At the very least the COC may have been able to show secondary meaning or acquired distinctiveness.  Moreover, considering this prior application claimed a date of first use of 1915, the COC certainly should have been able to show us in commerce for at least some of the services in the current application.  The services not in use could then have been moved to a divisional application.

The COC has not yet refilled its trademark applications.