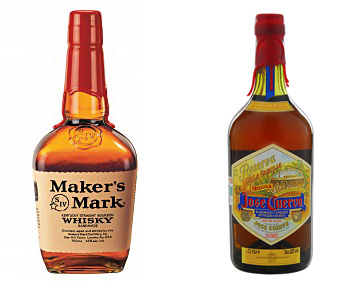 On appeal, Jose Cuervo argued that the red dripping wax was “aesthetically functional” and therefore not protectable as a trademark.

Cuervo appeals only the district court’s ruling as to aesthetic functionality, arguing that the red dripping wax seal is aesthetically functional, and therefore the mark is not enforceable. The Supreme Court has discussed the concept of aesthetic functionality in dicta, noting that “[i]t is proper to inquire into a significant non-reputation-related disadvantage in cases of [aesthetic] functionality.” TrafFix Devices, Inc. v. Marketing Displays, Inc., 532 U.S. 23, 33 (2001) (internal quotation marks omitted). We have interpreted this dicta to propose that, “where an aesthetic feature (like color), serves a significant function . . . courts should examine whether the exclusive use of that feature by one supplier would interfere with legitimate competition.” Antioch Co. v. W. Tramming Corp., 347 F.3d 150, 155 (6th Cir. 2003).

The Court noted that in the Sixth Circuit there are two different tests for aesthetic functionality, “comparable alternatives” and “effective competition.”

The Court seemed to have a fondness for bourbon, spending considerable time in the opinion discussing its history which began with Dr. James Crow’s original formulation and the history of the name ‘bourbon.”

The name “bourbon” itself is easier to trace: one of the original nine counties of Kentucky was Bourbon County, WILLKIE, supra, at 20, named in honor of the French royal family. Charles K. Cowdery, How Bourbon Whiskey Really Got Its Famous Name, BOURBON COUNTRY READER, July 1996. “[Kentucky] whiskey was shipped from Limestone, a riverside port in Bourbon County,” down the Ohio river to the Mississippi, bound for New Orleans. REGAN &REGAN, supra, at 14. Whiskey shipped from the port in Bourbon County came to be known as “Old Bourbon,” and later, simply “Bourbon,” to distinguish it from Pennsylvania Rye or other whiskeys. Cowdery, How Bourbon Whiskey Really Got Its Famous Name, supra. The name “bourbon” at that time meant whiskey made from mostly corn in Kentucky or points west. But it was likely not until “sometime between 1823 and . . . 1845” that Dr. James Crow “perfect[ed] the sour-mash method of whiskey-making”—the dominant process in use today that, when coupled with aging in charred new oak barrels, produces modern bourbon’s familiar caramel color and distinctive taste. REGAN & REGAN, supra, at 15.

While in the early years “[w]hiskey was whiskey, as everybody knew,” some bourbon distillers began to brand their bourbons to capitalize on the differences between “[g]ood Kentucky Bourbon” and all the rest. WILLKIE, supra, at 22. Dr. Crow, a Kentuckian by way of Scotland, “insist[ed] upon strict sanitation in his manufacture,” and branded his bourbon with his name; other Kentucky families followed suit in an effort to differentiate their products. Id. Crow’s branding tactics seem to have worked, as his bourbon accumulated prominent fans. For example, bourbon drinker Ulysses S. Grant preferred Old Crow over other bourbons, Julia Reed, Bourbon’s Beauty, NEWSWEEK, Dec. 21, 2008, as did all three of Congress’s “Great Triumvirate,” Henry Clay, John C. Calhoun, and Daniel Webster. GERALD CARSON & MIKE VEACH, THE SOCIAL HISTORY OF BOURBON 47 (2010).

The court, however, did not discuss the history of red wax used to seal liquor bottles, instead it focused on the reality of today’s liquor market where something once common is now uncommon and therefore protectable as a trademark.