Lady Gaga? Never Heard of Her 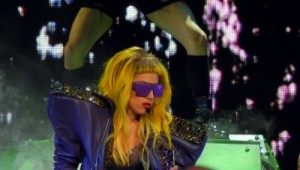 On September 26, 2011, Stefani Germanotta, better known as Lady Gaga, and one of her companies, Ate My Heart Inc. sued Excite Worldwide LLC a company which is trying to trademark LADY GAGA and LADY GAGA LG.

The end result of this lawsuit is not in doubt: Lady Gaga will win, Excite Worldwide will lose.   Interestingly, this case was filed in state court in New York, rather than in federal court.  The complaint has not yet been scanned by the court and made available for public viewing, so we can only speculate as to the claims contained in the lawsuit.  Most likely, however, Lady Gaga did not file in federal court because Excite Worldwide is not yet using the applied for Lady Gaga trademarks in commerce — meaning that Lady Gaga does not yet have a federal trademark claim against Excite.  The state court claims are most likely a variety of torts which, while more difficult to prove, will not alter the final result of this litigation.

After reviewing Excite Worldwide’s trademark applications, the examining attorneys at the PTO rejected them.  In one Office Action dated August 30, 2010, the PTO put the kibosh on the applications based on a number of grounds.  These included a Section 2(d) refusal for a likelihood of confusion with Lady Gaga’s existing trademark registrations.

(emphasis added).  In response, Excite Worldwide make the bold argument that Lady Gaga does not identify a particular living individual.  What? Apparently Excite Worldwide missed the unbelievable amount of media coverage and attention Lady Gaga has received.  If Saturday Night Live is too late for you, maybe you saw her on Good Morning America or The View or maybe you caught her in prime time on So You Think You Can Dance.  For crying out loud my late grandfather even knew who she was (but then again, he like anything Italian).

Excite Worldwide goes on to argue that Lady Gaga fans are very tech savvy individuals who often frequent boutiques and will in no way be fooled into thinking Lady Gaga endorses Applicant’s identically named brand.  Applicant points out that it plans to sell its products under its unique URL LadyGagaCosmetics.com which will in no way of confuse Lady Gaga’s sophisticated fan base.  (While I did not find these arguments persuasive, I do give credit to Excite Worldwide’s attorney for at least trying to argue the impossible.)

In response to these arguments, the Trademark Office issued a second office action on April 1, 2011 (maybe this is an elaborate April Fool’s ruse?).  The PTO adds a new grounds for rejection, namely an intentional false association between Excite Worldwide and Lady Gaga.

Registration is refused because the applied-for mark consists of or includes matter which may falsely suggest a connection with LADY GAGA. Although LADY GAGA is not connected with the goods provided by applicant under the applied-for mark, LADY GAGA is so famous that consumers would presume a connection. Trademark Act Section 2(a), 15 U.S.C. §1052(a); see TMEP §§1203.03, 1203.03(e).

It will be interesting to see if Excite Worldwide can come up with some additional arguments to make in this case or if they will fold.  Who knows.  As the old adage goes, luck and intuition play the cards.