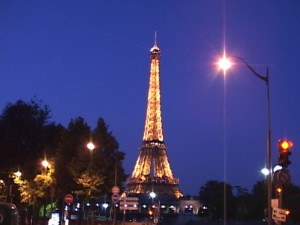 Miracle Tuesday, LLC filed an intent-to-use trademark application for the stylized mark JPK Paris 75 for sunglasses, wallets, handbags and purses, travel bags, suitcases, belts, and shoes.  Because the applicant is a U.S. company, the trademark office rejected the mark as primarily geographically deceptively misdescriptive under Section 2(e)(3) of the Lanham Act, 15, USC § 1052(e)(3).

In support of the application, Miracle Tuesday argued that the owner of Miracle Tuesday Jean-Pierre Klifa (whose initials appear in the logo) is a French citizen who lived in Paris for 22 years.  Mr. Klifa also argued that he exhibit at two trade shows while in Paris.  The Examining Attorney disagreed finding that the primary significance of the mark is Paris and that Paris is famous for fashion.  Because the goods do not originate from Paris, the Examining Attorney found that misrepresentation regarding the geographic origin of the goods would be a material decision in a consumer’s decision to purchase products branded with the proposed trademark.

Miracle Tuesday appealed the Examining Attorney’s decision to the Trademark Trial And Appeal Board (“TTAB”).  The TTAB upheld the examiner’s decision and rejected Miracle Tuesday’s argument that the goods are not geographically misdescriptive as Mr. Kilfa is from Paris and designs the applicant’s goods.  The TTAB found that a substantial portion of consumers would believe that applicant’s goods came from Paris. The mark in question appears below: 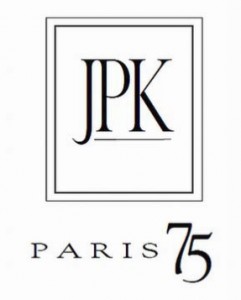 Miracle Tuesday then appealed to the United States Court of Appeals for the Federal Circuit.  The Court explained that:

Under Section 2(e)(3) of the Lanham Act, a mark may not be registered on the principal register if the mark, “when used on or in connection with the goods of the applicant is primarily geographically deceptively misdescriptive of them.” 15 U.S.C. § 1052(e)(3). A mark is primarily geographically deceptively misdescriptive, and thus barred from registration, if: (1) “the primary significance of the mark is a generally known geographic location”; (2) “the consuming public is likely to believe the place identified by the mark indicates the origin of the goods bearing the mark, when in fact the goods do not come from that place”; and (3) “the misrepresentation was a material factor in the consumer’s decision” to purchase the goods. In re Cal. Innovations, Inc., 329 F.3d 1334, 1341 (Fed. Cir. 2003).

Reviewing the evidence submitted to the trademark office, the Federal Circuit upheld the refusal to register.  The court held:

Although there is support for the proposition that goods need not be manufactured in the named place to originate there – and we do not endorse application of a contrary rule here – it is clear that there must be some other direct connection between the goods and the place identified in the mark (e.g., the place identified is where the goods are designed or distributed, where the applicant is headquartered or has its research and development facility, or where a main component of the good originates). Here, Miracle Tuesday concedes that the goods identified in the application do not originate in Paris. Indeed, at oral argument, counsel for Miracle Tuesday revealed that the goods at issue “are made outside the United States, in Asia.” See Oral Argument at 3:03. The record further reveals that the goods identified are designed in Miami, and there is no evidence that a main component of the goods, or even any component of the goods, comes from Paris. Simply put, there is no evidence of a current connection between the goods and Paris.

So it was three strikes you’re out for the applicant Miracle Tuesday.  (Or as they say in Paris, adieu.)