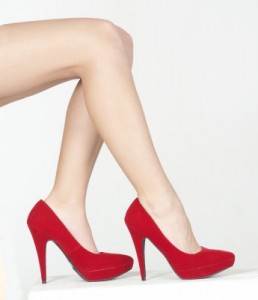 And then the other shoe dropped.  As blogged about previously here, the United States District Court for the District of New York denied a motion for preliminary injunction requested by high fashion shoemaker Christian Louboutin holding that Louboutin’s red sole trademark was not enforceable.

We see no reason why a single-color mark in the specific context of the fashion industry could not acquire secondary meaning―and therefore serve as a brand or source identifier―if it is used so consistently and prominently by a particular designer that it becomes a symbol, “the primary significance” of which is “to identify the source of the product rather than the product itself.” Inwood Labs., 456 U.S. at 851 n.11; see also Mana Prods., Inc., 65 F.3d at 1071 (“In light of the Supreme Court’s decision in Qualitex, color is today capable of obtaining trademark status in the same manner that a descriptive mark satisfies the statutory definition of a trademark, by acting as a symbol and attaining secondary meaning.”).

“The crucial question in a case involving secondary meaning always is whether the public is moved in any degree to buy an article because of its source.”23 Genesee Brewing Co., 124 F.3d at 143 n.4. “Factors that are relevant in determining secondary meaning include ‘(1) advertising expenditures, (2) consumer studies linking the mark to a source, (3) unsolicited media coverage of the product, (4) sales success, (5) attempts to plagiarize the mark, and, (6) length and exclusivity of the mark’s use.'” Id. (quoting Centaur Commc’ns, Ltd. v. A/S/M Commc’ns, Inc., 830 F.2d 1217, 1222 (2d Cir. 1985)).

The appeals court further held that Louboutin’s trademark of a red sole on high end women’s shoes has, in fact, acquired limited secondary meaning.  The court did find an exception, however.  Louboutin has not acquired secondary meaning of a red sole when the entire shoe is red.  Since the defendant in this case was sued for making an all red shoe, the court held the defendant did not violate Louboutin’s trademark.

In light of the evidence in the record, including extensive consumer surveys submitted by both parties during the preliminary injunction proceedings, and of the factual findings of the District Court, we think it plain that Louboutin’s marketing efforts have created what the able district judge described as “a . . . brand with worldwide recognition,” Louboutin, 778 F. Supp. 2d at 448. By placing the color red “in [a] context [that] seems unusual,” Qualitex, 514 U.S. at 162, and deliberately tying that color to his product, Louboutin has created an identifying mark firmly associated with his brand which, “to those in the know,” “instantly” denotes his shoes’ source, Louboutin, 778 F. Supp. 2d at 448. These findings of fact by the District Court in addressing a motion for a preliminary injunction are not clearly erroneous. We hold that the lacquered red outsole, as applied to a shoe with an “upper”25 of a different color, has “come to identify and distinguish” the Louboutin brand, Qualitex, 514 U.S. at 163, and is therefore a distinctive symbol that qualifies for trademark protection.

We further hold that the record fails to demonstrate that the secondary meaning of the Red Sole Mark extends to uses in which the sole does not contrast with the upper―in other words, when a red sole is used on a monochromatic red shoe.

The Second Circuit went on to modify the Louboutin’ trademark registration to be consistent with the court’s ruling,

Because we conclude that the secondary meaning of the mark held by Louboutin extends only to the use of a lacquered red outsole that contrasts with the adjoining portion of the shoe, we modify the Red Sole Mark, pursuant to Section 37 of the Lanham Act, 15 U.S.C. § 1119,26 insofar as it is sought to be applied to any shoe bearing the same color “upper” as the outsole. We therefore instruct the Director of the Patent and Trade Office to limit the registration of the Red Sole Mark to only those situations in which the red lacquered outsole contrasts in color with the adjoining “upper” of the shoe.

Because the defendant’s shoe at issue in this dispute was all-red, the Appeal’s Court went on to find in favor of the defendant and uphold the denial of the preliminary injunction.  In sum, Louboutin had its trademark reinstated, but lost this case because its trademark does not apply to all-red shoes.