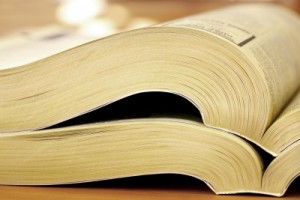 On appeal to the United States District Court for the Sixth Circuit, Yellowbook argued that the agreement with White should be read to transfer the entire ownership of the mark to White.  Yellowbook further argued that even if Brandeberry retained some rights in 2002, by 2009 Brandeberry had abandoned any trademark rights.

The Sixth Circuit reversed the district court holding that Brandeberry never held an individual right to the trademark AMTEL.

The most basic problem with the district court’s reading is that no part of the contract makes any mention of joint ownership. Brandeberry and his corporation are always collectively referred to as a singular “licensee.”
. . .
As 100% owner of American Telephone, Brandeberry had no reason to retain any individual stake. Burkhalter made sure Brandeberry signed the contract in his individual capacity to hold him personally liable for the $50,000 purchase price of the trademark, not to bifurcate the property rights between Brandeberry and his corporation.

The Sixth Circuit further held that any rights Brandeberry may have held have long since been abandoned.

Even if we were to hold that Brandeberry acquired an individual right that he did not transfer in 2002, Brandeberry abandoned any such right over the next several years.
. . .
To prove abandonment, a party must demonstrate both non-use and intent not to resume use. Kellogg, 209 F.3d at 575. Here, it is undisputed that Brandeberry did not use the AMTEL mark (and conversely that White did) from 2003 to 2009. This six-year period of non-use puts Brandeberry well beyond the three-year statutory presumption for abandonment. 15 U.S.C. § 1127. At this point, the burden shifts to Brandeberry to demonstrate intent to resume use. Crash Dummy Movie, LLC v. Mattel, Inc., 601 F.3d 1387, 1391 (Fed. Cir. 2010).

The court therefore reversed the decision of the district court finding in favor of Yellowbook.