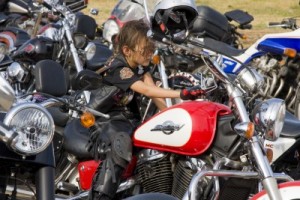 Chromium OS is the open source development version of Google Chrome OS.  Google filed an application for Chromium back in September 2008 and began using the term a few months later in December 2008.  On November 19, 2009, Google released its Chrome OS source code as Chromium OS under the BSD license.

Seven months later, in June 2010, ISYS Technologies, Inc. a Salt Lake City based technology company filed a trademark application for ChromiumPC.  ISYS filed the application as an “intent to use” application meaning that ISYS was not yet using the mark in commerce, but intended to do so in the future.  Apparently, the mark was slated for a company related to ISYS, Xi3 Corp.  According to the Xi3 website ChromiumPC is “the world’s first desktop computer designed to run Google’s Chrome operating system.”

On June 6, 2011, ISYS responded with a lawsuit against Google.  Although it filed the mark as an “intent to use” trademark, ISYS now claims in the lawsuit that it has been using the ChromiumPC since 2009.  This claim appears to be based on the President of ISYS, Jason Sullivan, registering the domain name www.chromiumpc.com on November 20, 2009 — which, not surprisingly, is one day after Google announced Chromium OS.  Clearly, ISYS’ use of the Chromium name is tied to Google’s well-known trademark for Chromium.

In the complaint, however, ISYS argues that any rights Google may have had in the mark Chromium have been abandoned:

33. Google abandoned any trademark rights in Chromium software by failing to control the nature and quality of the open source software developed by others but at the same time permitting others to distribute the third party software under the Chromium mark.

This argument, if accepted by the court, would put the trademarks of every open-source project in danger of abandonment.  The basis of this argument is known in trademark law as the “Naked Licensing Doctrine.”  That doctrine states that  a trademark owner no longer has a valid trademark if it licenses the mark in such a way to others that the mark no longer has any meaning.

The 10th Circuit court of appeals, which covers the District of Utah where the complaint was filed, has recognized this doctrine:

“When ‘a trademark owner engages in naked licensing, without any control over the quality of goods produced by the licensee, such a practice is inherently deceptive and constitutes abandonment of any rights to the trademark by the licensor.’” Stanfield v. Osborne Indus., 52 F.3d 867, 871 (10th Cir. 1995).

Here, however, it is not clear that Google has licensed its Chromium mark to anyone, let alone engaged in “naked licensing.”  While the Google-authored portion of Chromium is released under the BSD license, other parts are subject to a variety of different open-source licenses, including the GNU General Public License (GPL), MIT License, the LGPL, the Ms-PL, and the MPL/GPL/LGPL tri-license.  Regardless, none of these licenses grant any trademark rights.

Concurrently with the filing of the lawsuit ISYS filed an emergency motion for injunction relief.  In this motion ISYS again argues that Google abandoned the Chromium mark:

As evidence ISYS attaches Exhibit 7 to the Motion, which are print-outs from Google’s chromium.org website and news articles.  No pinpoint sites are provided to explain where developers are utilizing an alleged naked license.

The President of ISYS, Jason Sullivan, states in a declaration in support of the motion that “Since 2009, ISYS has continuously promoted its new computers under the CHROMIUMPC brand at trade shows.”  However no brochures or documentation dated in 2009 are provided as evidence.  His declaration does include a picture of a computer allegedly branded with the ChromiumPC mark (although it is difficult to say whether that is an actual branded product or a mock-up of what the logo would look like on the product.)

Stay tuned.  A hearing in this matter has been set for June 14, 2011.  We should learn then whether ISYS’ creative “abandonment” argument has any traction.