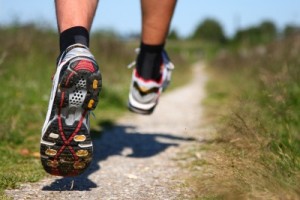 Nike sued Already, LLC dba YUMS (“Already”) alleging that Already’s “Soulja Boys” and “Sugars” shoes infringed or diluted Nike’s Air Force 1 shoe design trademark.  Already filed a counter-claim to invalidate Nike’s trademark.  In the middle of the lawsuit Nike executed a covenant not to sue promising not to sue Already for trademark infringement or unfair competition for its shoe designs. The covenant stated:

[Nike] unconditionally and irrevocably covenants to refrain from making any claim(s) or demand(s) . . . against Already or any of its . . . related business entities . . . [including] distributors . . . and employees of such entities and all customers . . . on account of any possible cause of action based on or involving trademark infringement, unfair competition, or dilution, under state or federal law . . . relating to the NIKE Mark based on the appearance of any of Already’s current and/or previous footwear product designs, and any colorable imitations thereof, regardless of whether that footwear is produced . . . or otherwise used in commerce before or after the Effective Date of this Covenant.

When Nike moved to dismiss the entire case, however, Already argued that its counter-claims should not be dismissed.  The trial court dismissed the case finding that there was no longer a justiciable case or controversy to maintain the action.  The Second Circuit affirmed.  Already then appealed to the Supreme Court of the United States.

The Supreme Court affirmed holding that the case was moot.

Article III of the Constitution grants the Judicial Branch authority to adjudicate “Cases” and “Controversies.” In our system of government, courts have “no business” deciding legal disputes or expounding on law in the absence of such a case or controversy. DaimlerChrysler Corp. v. Cuno, 547 U. S. 332, 341 (2006). That limitation requires those who invoke the power of a federal court to demonstrate standing—a “personal injury fairly traceable to the defendant’s allegedly unlawful conduct and likely to be redressed by the requested relief.” Allen v. Wright, 468 U. S. 737, 751 (1984). We have repeatedly held that an “actual controversy” must exist not only “at the time the complaint is filed,” but through “all stages” of the litigation. Alvarez v. Smith, 558 U. S. 87, 92 (2009) (internal quotation marks omitted); Arizonans for Official English v. Arizona, 520 U. S. 43, 67 (1997) (“To qualify as a casefit for federal-court adjudication, ‘an actual controversy must be extant at all stages of review, not merely at the time the complaint is filed'” (quoting Preiser v. Newkirk, 422 U.S. 395, 401 (1975))).

A case becomes moot—and therefore no longer a “Case”or “Controversy” for purposes of Article III—”when the issues presented are no longer ‘live’ or the parties lacka legally cognizable interest in the outcome.” Murphy v. Hunt, 455 U. S. 478, 481 (1982) (per curiam) (some internal quotation marks omitted). No matter how vehemently the parties continue to dispute the lawfulness of the conduct that precipitated the lawsuit, the case is moot if the dispute “is no longer embedded in any actual controversy about the plaintiffs’ particular legal rights.” Alvarez, supra, at 93.

The court found that Nike’s covenant not to sue was unconditional and irrevocable.  The court noted that the covenant protected Already as well as its distributor and customers. Moreover, the covenant prevented Nike from making any claim or demand.

Already argued that a case or controversy still exists because as long as Nike can assert its trademark in the future, Already is in danger of being sued again.  Already also argued that the existence of Nike’s trademark will make investors apprehensive about investing in Already.  Already further argued that as a competitor of Nike it has inherent standing to challenge Nike’s trademarks.

But the Supreme Court said, “enough already” and rejected all of these arguments.

The problem for Already is that none of these injuries suffices to support Article III standing.

Already’s arguments boil down to a basic policy objection that dismissing this case allows Nike to bully small innovators lawfully operating in the public domain. This concern cannot compel us to adopt Already’s broad theory of standing.

Accepting Already’s theory may benefit the small competitor in this case. But lowering the gates for one party lowers the gates for all. As a result, larger companies with more resources will have standing to challenge the intellectual property portfolios of their more humble rivals—not because they are threatened by any particular patent or trademark, but simply because they are competitors in the same market. This would further encourage parties to employ litigation as a weapon against their competitors rather than as a last resort for settling disputes.
Already’s only legally cognizable injury—the fact that Nike took steps to enforce its trademark—is now gone and, given the breadth of the covenant, cannot reasonably be expected to recur. There being no other basis on which to find a live controversy, the case is clearly moot.

The Supreme Court thus affirmed the judgment of the Court of Appeals.  The implicit implication of the court’s order is that a broad enough covenant not to sue will moot any trademark invalidity claim.  While the trademark still technically stands as valid, its inability to enforce it significantly weakens its value — at least against companies which choose to fight and allege counterclaims.