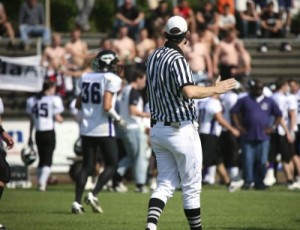 In what must be one of the stranger cease-and-desist requests in recent memory, the Washington Redskins have reportedly demanded that its home-town newspaper the Washington Post cease and desist using the name “Redskins” as part of its blog.  What?

A blog about the Redskins being told that they cannot use the name Redskins in their blog title?

The webcast and blog which was originally called “Redskins Insider” has since been named to “Football Insider.”

Did the Post have to change the name of its blog and webcast? Maybe.  That hypothetical case would hinge on whether readers of the Post believed that the Redskins organization was somehow sponsoring the blog and webcast.  (Although it seems doubtful that a jury made up of those in the D.C. area would believe that the Redskins organization was sponsoring anything in the Post which can be critical of the team and its management.)

The newly named Football Insider can be read here.