Hank Rearden – Trademark rights to a fictional company and character 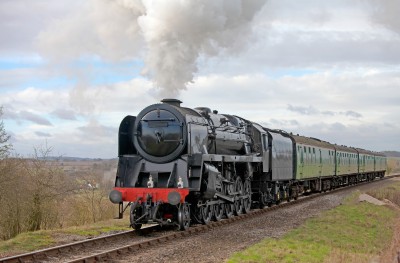 In Rearden LLC v. Rearden Commerce, Inc., 683 F.3d 1190 (9th Cir. 2012), two companies, both inspired by the Hank Rearden character in Ayn Rand’s novel, Atlas Shrugged, fought over the right to use the Rearden name as a trademark.    The Plaintiff was a technology incubator and artistic project production company and the defendant was a web based business-to-business platform.

Among several issues on appeal, the defendant Rearden Commerce, argued that the plaintiff, Rearden LLC failed to use the “Rearden” mark in commerce prior to 2005 because up until that time the technology plaintiff Rearden LLC was “incubating” was primarily in-house business developed by plaintiff’s owner, Steve Perlman.

In analyzing this issue, the Ninth Circuit Court of Appeals, first set out the statutory test for use in commerce codified in the Lanham Act.  That test states,

For purposes of this chapter, a mark shall be deemed to be in use in commerce—

(B) the goods are sold or transported in commerce, and

The court noted that the specific statutory language regarding service marks requires that two elements be met: (1) the mark must be displayed in the sale or advertising of services and (2) services must actually be rendered under the mark in commerce.  The court noted that the Ninth Circuit generally follows the “totality of the circumstances” approach when determining whether the two use in commerce tests have been met.  Under the totality of the circumstances test the court looks at both the adoption of the mark and public use of the mark.

In applying [the “totality of the circumstances”] approach, the district courts should be guided in their consideration of non-sales activities by factors we have discussed, such as the genuineness and commercial character of the activity, the determination of whether the mark was sufficiently public to identify or distinguish the marked service in an appropriate segment of the public mind as those of the holder of the mark, the scope of the non-sales activity relative to what would be a commercially reasonable attempt to market the service, the degree of ongoing activity of the holder to conduct the business using the mark, the amount of business transacted, and other similar factors which might distinguish whether a service has actually been “rendered in commerce.”

In reviewing the evidence before it, the court stated that if it turns out that the defendant’s allegations are true– i.e. that plaintiff has only incubated services on behalf of plaintiff’s owner, then plaintiff would not be able to meet the use in commerce requirement.

If Appellants have only ever incubated new ventures started by Perlman and have never provided or even offered their incubation services to outsiders, their purported incubation business would fail to meet either element of the “use in commerce” requirement. In other words, “[i]f the Rearden entities merely use the name amongst themselves,” Rearden I, 597 F.Supp.2d at 1018, they would fail to show use in a way sufficiently public in nature to identify or distinguish the services in an appropriate segment of the public mind, see, e.g., Brookfield, 174 F.3d at 1052.

The court however, determined that there was not sufficient evidence in the record to make this determination, pointing to several pieces of evidence suggesting that plaintiff had worked with outside entities prior to 2005, including providing motion capture services to a 2001 movie project for Cinemax and HD Editing Services with Electronic Arts.

The Ninth Circuit Court of Appeals therefore concluded that there were genuine issues of material fact with respect to when plaintiff first used the Rearden mark in commerce.  The court noted, however, that simply because it found enough scant evidence for the plaintiff to avoid summary judgment, this was far from dispositive on the issue.  In fact, it went out of its way to state that in its assessment a reasonable finder of fact would likely not find in favor of plaintiff.

In the end, we do not believe that a reasonable finder of fact would be required to find in favor of Appellants with respect to the “use in commerce” requirement. In particular, we note that both Rearden Commerce as well as the District Court do raise some reasonable points in Rearden Commerce’s favor. For instance, we have already mentioned the District Court’s assertion that Appellants have only ever provided incubation services to Perlman himself and that no one has actually paid them to have their ideas incubated.

Nevertheless, this Court is not currently sitting as the finder of fact at this stage of the proceeding. We instead are confronted with motions for summary judgment implicating a highly fact-specific “totality of the circumstances” inquiry as well as the generally applicable requirement to view all of the evidence in the light most favorable to the non-moving party. Given the record now before us, we conclude that genuine issues of material fact preclude summary judgment in favor of Rearden Commerce on “use in commerce” grounds.

The Court therefore remanded this issue (along with several others) back to the district court for further proceedings.