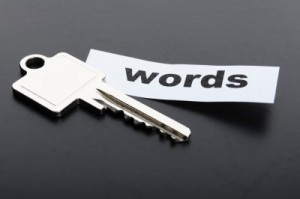 The Advocate General of the European Union issued a written opinion in the Interflora Inc v. Marks & Spencer case finding that the defendant’s bidding on the keyword “interflora” through Google Adwords may amount to trademark infringement.

The opinion finds that advertisers who choose keywords identical to a trade mark of another may obscure whether the goods or services referred to originate from the  the advertiser or the trade mark owner.  In a radical departure from case law in the United States, the EU’s Advocate General found that, at least in the case of the Interflora trademark, it is immaterial whether the resulting ad displays the trademark or not (see Paragraph 42).

The Advocate General distinguished the Interflora case from other trademark bidding cases based on the fact that the “Interflora” mark represents a network of independent florists.  Searching for “Interflora” and having the Marks & Spencer ad pop-up could lead a consumer to believe that Marks & Spenser was part of the Interflora network.

The Advocate General concludes that, Interflora should be allowed to block Marks & Spenser from bidding on its Interflora trademark in Google Adwords.

The Advocate General’s opinion is preliminary and will now be considered by the European Union Court of Justice which will issue a final judgment.